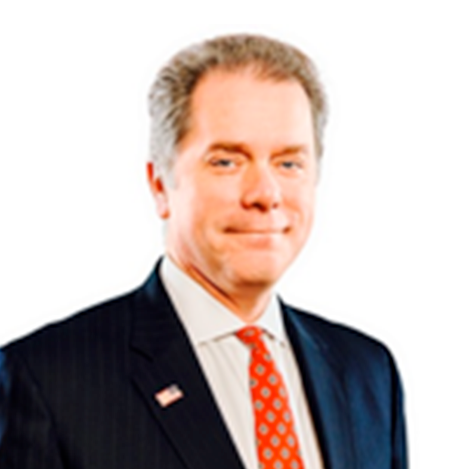 Dr. Anderson enjoys national stature as a sought-after authority on children’s health policy, pediatric disaster preparedness, system quality and physician workforce.  As President George W. Bush’s appointee, he served as Vice Chair of the National Commission on Children and Disasters.  He has testified before the U.S. Senate and the President’s Commission on Bioethics.  He has chaired an Institute of Medicine Committee on Pediatric Disaster Response and Recovery, and is a consultant to the Centers for Disease Control and Prevention and the U.S. Department of Health and Human Services’ (HHS) National Disaster Medical System.  In 2014, Dr. Anderson was appointed by the Obama Administration to chair the National Advisory Committee on Children and Disasters at HHS.  He has served on three national committees for the American Academy of Pediatrics and chaired its Committee on Pediatric Workforce.

Previously to his appointment at Benioff Children’s Hospitals, Dr. Anderson was Vice President and Chief Medical Officer for University Hospitals, Cleveland, OH, and Professor of Pediatrics at Case Western Reserve School of Medicine.  He has published on a variety of pediatric critical-care topics including sepsis, acute respiratory distress syndrome, care of the immune-suppressed patient, and transport of the unstable pediatric patient.

Dr. Anderson has served on several nonprofit boards including MedWorks, the FBI Citizens Academy Foundation, the Children’s Museum of Cleveland, and the Community Advisory Board for Cleveland State University’s Urban Health Program. He was awarded the Charles Hudson Career Service Award by the Cleveland Medical Association in 2014.

Dr. Anderson earned his undergraduate degree from John Carroll University, and his medical degree from Case Western Reserve University School of Medicine.  He completed his pediatric residency at the Children’s Hospital of Michigan, and a fellowship in Pediatric Critical Care at UH Rainbow Babies & Children’s Hospital.  In 2013, he earned an MBA in health care administration at the Kent State University School of Business. In 2017 he was awarded an Honorary Doctor of Humane Letters by John Carroll University for his contributions to medicine and the JCU community.