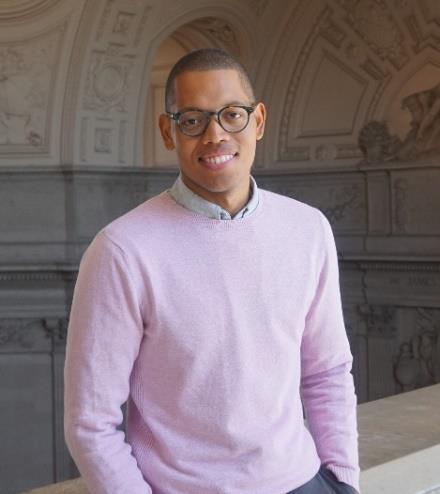 Robert Clinton is a Policy and Project Manager for Oakland Thrives. An East Bay native, Robert is passionate about advancing community-driven, data-supported civic engagement opportunities for marginalized communities. He is the son and grandson of public servants and has spent his career in local government, most recently in the City of San Francisco’s Office of Civic Engagement and Immigrant Affairs (OCEIA) where he oversaw the City’s 2020 Census outreach and education campaign. Robert graduated from New York University’s Gallatin School of Individualized Study; his undergraduate education examined urban food systems and food (in)security. After NYU, Robert spent two years in the United Kingdom on a Marshall Scholarship, during which time he earned an MPA in Public Administration & Management and an MSc in Sustainable Urbanism, both from University College London. He enjoys cooking/baking, cycling, listening to high fidelity vinyl, and weekend auto repair projects.