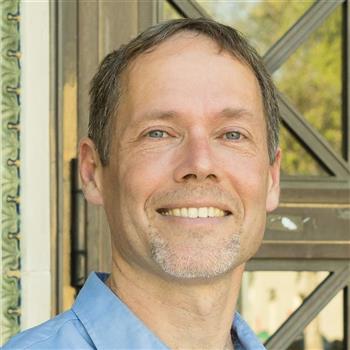 Benjamin "Sam" Davis started his term as the District 1 representative to the Board on January 4, 2021 and was elected Vice President of the Board by his peers. He is committed to working with the community and district to improve education for all Oakland students, especially those who have been historically underserved because of racism and economic deprivation.

Davis was raised in New York and came to California to attend UC Berkeley in 1990. In 2003, he started teaching for Oakland Unified's adult education program, as well as for the Building Skills Partnership, an educational project of the Justice for Janitors union movement.

From 2006 to 2011, he taught in the family literacy program for parents on the Manzanita campus, and then became the family outreach coordinator for Manzanita SEED Elementary, where his son attended. Davis also taught introductory math courses at Cal State East Bay, Contra Costa College, and Laney College.

Davis got involved as a parent and educator in advocacy with Faith in Action East Bay, formerly Oakland Community Organizations, and served on the board of that organization for several years. He also participated in campaigns for immigrant rights with local organizations, and volunteered extensively at local schools such as Claremont Middle School and Oakland Technical High School, where his son is currently enrolled.